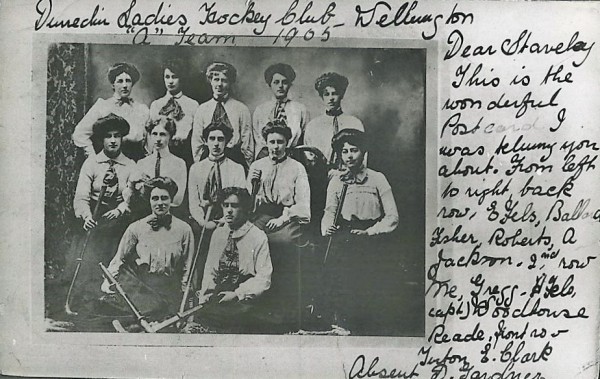 On Monday April 2nd 1906, the following clubs that had been playing the game of Hockey since 1904 called a meeting to form an Otago Ladies Hockey Association. These clubs were;

The proposal was put forward by Miss Lees (Otago) and was seconded by Miss Woodhouse (Dunedin). The first officers for this meeting were Miss C Clark (Chairwoman) and Miss A Woodhouse (Secretary/Treasurer).

The newly formed association held its first A.G.M. on 23rd April 1907. In 1908, the Canterbury, Otago and Wellington Associations moved that a New Zealand Association be formed.

Many new clubs joined the original five clubs that formed the Otago Womans Hockey Association in 1906, and who had been playing the sport since 1904. These clubs were: