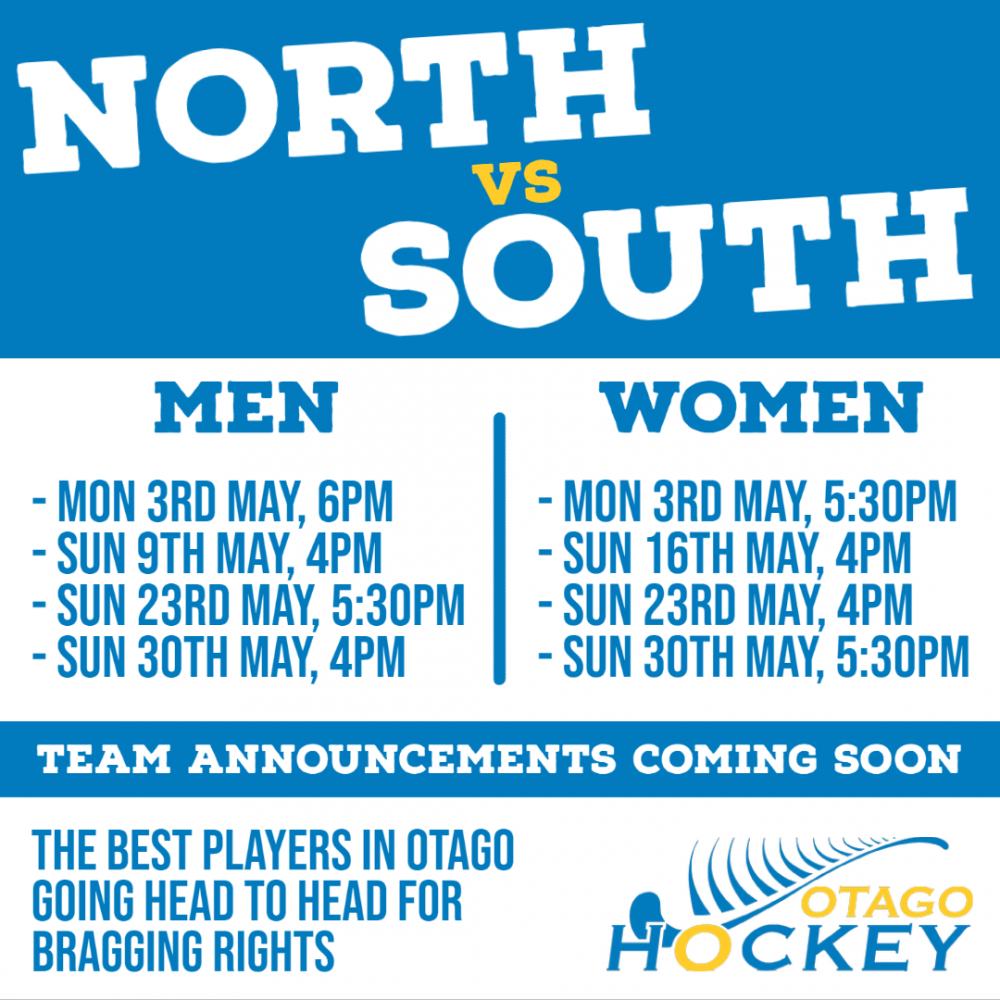 We're thrilled to announce the teams for the 2021 iteration of the Otago Hockey League: North v South.

The teams have been selected from the first few weeks of Club Hockey, congratulations to all selected.

The series kicks off tonight with the Women going head to head at 5:30pm and the Men at 6pm. Come on down to the turf and check out some action between the best players Otago has to offer!