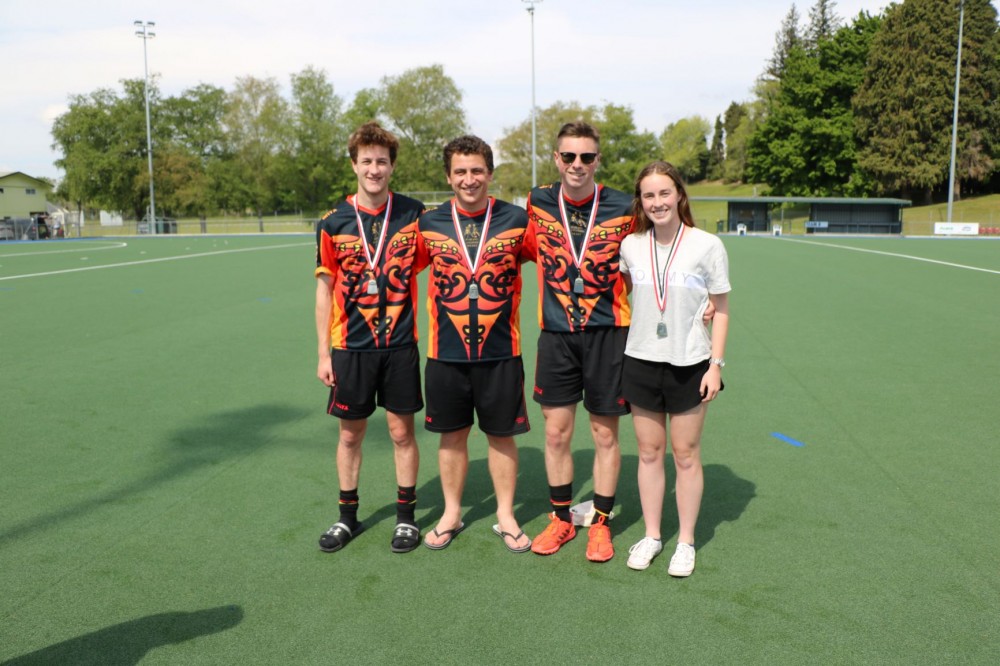 The 25 team tournament requires players to represent the region in which they have whakapapa (genealogy) back to and this year Nick Parata, Hitaua Arahanga-Doyle, Dylan Thomas and Zoe Thomas represented the Waikato-Maniapoto region.

Both the Tane (men’s) and Wahine (women’s) teams lost their respective finals to strong Waiariki (Bay of Plenty) teams to come away with silver medals.

The three boys, Nick, Dylan and Hitaua, were also selected in the Aotearoa Māori Men’s hockey team. Although not to be outdone, Zoe also fit in a football game during the weekend playing for the Aotearoa Māori Women’s football team versus the New Caledonia Women's National Team.